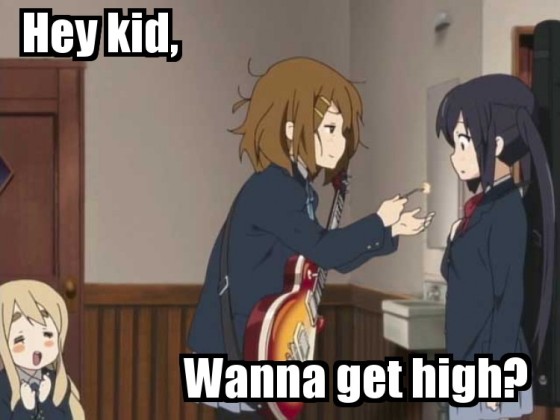 Contrary to what this picture suggests, this post won’t be about drugs or anime characters on drugs (unfortunate, I know).

This blog has become a bit of a ghost town recently, and I just wanted to pop back in and try to explain why, as well as (hopefully) kick off a somewhat regular posting schedule.

To be honest, though a lot of my inactivity stems from me simply being worn out from school and college app pressure, a big part of it also comes from this weird rut I’ve found myself stuck in for a while now. No, I’m not in the midst of a burnout; no, I’m not taking a long break for anime or manga. I’ve just  found that it’s become more…difficult for me to complete series these days. To be more clear, I’ve found myself struggling with the idea of finishing series; I’ll start series, get part way in, put them off, then move onto different ones. It’s a really crap habit, and it’s one that’s given me enough free time to start brooding over silly things. For the last few weeks, I’ve been thinking about this blog specifically. Why did I make a blog? What do I want to post? Does my blog have a legitimate reason for existence??? Well, I’ve finally come to see the answer those questions, and with their answers comes a new determination to write.

As I tend to do with many other aspects of myself and other people, I’ve been comparing myself and my blog to other blogs. Part of the reason I think I’ve started to put off finishing things is because I don’t want to be wrong. I started looking at anime not necessarily from the viewpoint of my own enjoyment, but from a viewpoint where I constantly felt I had to compare my feelings/opinions to those of other people. I would look at a series and wonder if I was enjoying it too little,  too much, or just enough. I started worrying about whether I was picking up on everything I needed to. I started comparing my writing to others’, wondering if it came off as awkward and childish in comparison. Heck, I even contemplated quietly starting another blog, one that had a concrete purpose, and where I could try again to be more “serious”.

…..I was throwing myself a pity party.

I have since come off my high horse.  Why the heck am I wasting time worrying about how “politically (in)correct” my opinions about cartoons are?! They’re cartoons! And I’m posting on the Internet; no one really gives two poops about what I say anyway! Sure I’ll forever to aspire to one day to be as witty and “deep” as some of my idols in the the aniblogging world, but that’s the way the cookie crumbles and I just have to suck it up. I love anime, and I love manga. I made this blog so I could ramble about what I love. I made this blog so I could continue to ramble along my journey as a viewer, growing every now and then, but mainly just wandering around having fun. Sure, I love being able to pick up on and write about the “deeper” stuff in anime/manga. But I also love just talking about anime/manga, especially if it’s with other people. My blog doesn’t need a concrete reasons for existence; it doesn’t need to undergo some shady ritual of acceptance. It exists because I like looking at my own words in cyberspace and knowing that they’re okay they’re okay there. That’s the only reason it needs.

Though I’m probably not going to be cranking through a series a weekend like the good ol’ days, I will probably be watching more than a series ~every two weeks and only then because I have other blogger duties.  I’ve quickly come to realize that though I’m the type of person that enjoys reading more formal posts, I’m not necessarily the person to write them, and I’m tired to trying to convey formal (not that I was even that formal-ish to begin with). I wanna let loose a little, stick in the occasional ALL CAPS EXCLAMATION, take the chance to work on my jokes. I also won’t necessarily wait until I finish something to write about it, and, even when I do finish things, I might simply talk about an aspect or two I noticed and really liked. I”m also planning to blab more about the manga I’m reading and the VN I started. I might even start a “Family Time” column thing where I talk about stuff I watched with my brother and what we both thought.

In short, I’ve simply come to embrace the silly duck blog I’ve made. 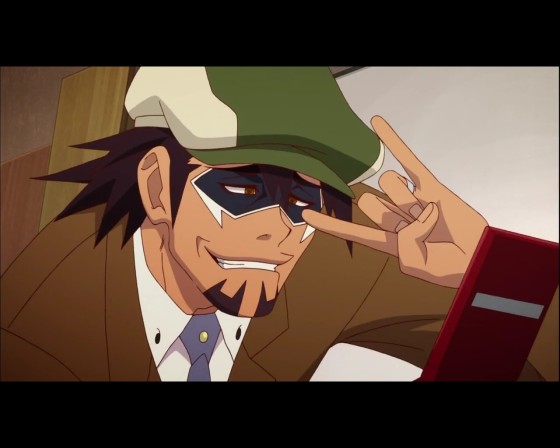